Yeast Overgrowth in the Gut of Autistic Children 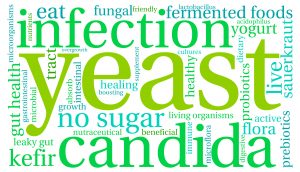 An yeast overgrowth is referred to a condition where a bacterial imbalance occurs in the gut or lower part of the intestine. Generally, the healthy gut contains both good bacteria and yeast, which are in balance with each other. Now in autistic children any of these can be out of balance and initiate different health challenges. Most commonly, in children, this imbalance is triggered by overusing or misusing of prescribed antibiotics or steroids. Mainly yeast overgrowth is harmful to all age groups but becomes predominantly alarming in regards to younger population as it could be affecting child’s mental development. Moreover, it is claimed by some scientists that children diagnosed as autistic may, in fact, be victims of a bit severe form of yeast overgrowth.

Now the question is how to know if your child is suffering from Yeast Overgrowth? Well proceeding with the answer: Yeast Overgrowth is manifest in both physical and behavioral form. The physical signs of Yeast Overgrowth can be in the form of thrush in the mouth, a kind of diaper rash or eczema on the skin, red ring around the anus or it can be rash between joints and toes. Also, the behavioral signs may include baffling uneven crying cycles, constipation, bed wetting, increase in self-stimulatory actions, climbing or jumping off things, confusion, inability to potty train or losing this skill, sugar craving, fogginess, and plateauing in skills.
In children, non-toxic natural substances are mostly recommended to get yeast overgrowth under control as children are not physically developed to handle toxic drugs, that is why natural remedies should be used.

How to treat Yeast Overgrowth?

Undoubtedly, the Yeast Overgrowth cannot be treated as something that will go away on its own. It will continue to grow out of control if not being explicitly addressed for a particular period.
There are many harmless methods to deal with Yeast Overgrowth that includes taking probiotics and prescribed anti-fungal drugs to fight this overgrowth. Moreover, the treatment plan should also include the use of anti-candida (Yeast) diet, as yeast feeds on sugar removing sweet foods and fruits from your diet during the treatment plan is essential. Below in this blog, we are going to highlight few other effective treatment options to combat this infection.

Caprylic Acid
It is available in capsule form and obtained from coconut oil. It shows anti-fungal as well as anti-bacterial and antiviral properties to treat Yeast overgrowth.

Molybdenum
Molybdenum can be considered as the cofactor for a number of enzymes, and it plays an essential role in the breakdown of toxic metabolites produced by Candida into the form that can be readily excreted by the body. If these toxic metabolites are not removed, these can cause severe damage to immune, metabolic, neurological and endocrine systems.

Saccharomyces boulardii
This is a form of yeast that exists in nature and can be used to kill other yeast cells. It works similar to other anti-fungal medications and can be bought from the store without any prescriptions.
Last but not the least, as we already mentioned above about dietary changes, which play a crucial role in controlling this infection, therefore as long as you will prevent your child from eating too many sweets, his/her immune system will boost up to heal the gut and will help to stop yeast growing out of control.